(This post was originally published on tastingmenu.com. It was the first ever blog post nominated for a James Beard Food Award for food writing. I did not win.)

Passover is officially over. What better way to celebrate than with a whole write-up about bread – bagels specifically. This is also finally the wrap-up of our trip to New York City. It took ten times as long to write it up than it did to actually go. Anyway… the bagel has been firmly assimilated into American culture. Thought of as a contribution of Jewish cuisine its origins in fact go back to Polish royalty.

Genealogy aside, a construct as simple as the bagel has many incarnations and can be found across North America everywhere from small family run bagel bakeries going back decades to faux Jewish bagel chains (and another, and another) and even McDonald’s. As with pizza, the Garden of Eden for this item is thought to be New York City. Establishments across the world claim to want to sell you a New York bagel. It seemed fitting as we hopped in a cab to head to the airport to fly home from New York to stop at a bagel place and get an authentic New York bagel.

H&H is commonly thought of as a premier venue for bagels in New York but multiple sources (publications and friends) told me the new king was Ess-a-bagel (“ess” being Yiddish for “eat”). We stopped there for a dozen. We ate a couple on the spot and stuffed the rest into our luggage for transport home to our freezer.

First of all, it is difficult to imagine almost any kind of baked item that is not delicious when fresh out of the oven. That said, our bar here has to be higher than that for we’re really seeking out the world’s best bagels. So out-of-the-oven freshness aside, the verdict on Ess-a-Bagel’s bagels (and New York bagels in general) was “eh”. It was really big, dense, chewy, and frankly not that interesting. It was like a more extreme version of what chains like Noah’s and Bruegger’s sell you. I could see what they were copying, but frankly, I found their commercialized versions even better.

My suspicions about my lack of ardor for New York bagels had been forming over years of trying them and while Ess-a-Bagel is not my only basis for judgment, it was my confirming evidence. I know lots of people swear by New York bagels but to me they’re like something Texas would be proud of – “hey, it’s big!”.

So the question remains, what constitutes a good bagel? And where can you get one? My home Seattle is definitely not an answer as the bagels here are sad affairs making the New York bagels look interesting. The answer comes from an unlikely source. Despite its national massive insecurity complex and its unremarkable contributions (Labatt’s, Canadian Bacon, Poutine Galvaude, and Salt and Vinegar Potato Chips) to the world food corpus, the best bagels in the world come from Canada – that’s right Canada.

Who would have ever thought it possible. Someday I’ll spend several months investigating the genetic history of the bagel and the reasons why these different strains of bagel have survived in Canada. That day is not today, but I can still speculate. Much of Canada’s surprisingly large Jewish community is centered in Toronto and Montreal – with some significant population in the national capital Ottawa as well. While I was born and raised in the U.S., I do have significant extended family located in Toronto and Ottawa. This has led to my exposure to Canadian bagels.

Battles between Toronto and Montreal Jews over bagel identity are common. Each city claiming to have the right bagel angle. After tasting a variety of bagels I’ve come to know of two specific bagel archetypes that I have found to be the best bagels in the world. Let’s start with Gryfe’s bagels in Toronto.

They are truly the best I’ve ever had. Deceptively light, I’ve found it possible to scarf down two or three as I walk from the store with my fresh “catch” to the car 50 feet away. How is this possible? They’re incredibly light and airy bagels. They still have substance and flavor but they are consumable in great quantities. There are certain bagels known as “bread bagels. I think the Gryfe’s bagels are different as they really aren’t bread per se but are sort of a cousin.

To simplify matters, Gryfe’s doesn’t sell 50 varieties or have any asiago/jalapeno flavors in their bagels (nothing against a little cheese and pepper of course). At Gryfe’s there’s plain, poppy, and sesame. My parents grew up friends with one of the Gryfe boys and got to eat these bagels growing up. In trying to recreate these bagels at home I’ve grilled my father for any secrets gleaned from his time at the bakery. He apparently was too busy eating the bagels to see how they were made. I’m sure that method is a closely guarded family secret anyway. But that hasn’t stopped me from trying to recreate them.

On a side note I’ve recently gotten some Gryfe’s bagels delivered to me by family. They were really delicious. That said, they weren’t quite as perfect as getting them fresh from the bakery, which seems reasonable given that they were a couple of days old and had been frozen in the interim. But even after their cryogenic travails these were still better than any bagel I’d had anywhere else on the east or west coast.

Before I get into my latest efforts at recreating these bagels at home, let’s first acknowledge a type of bagel I’ve only recently been introduced to that I think is also pretty fantastic. In discussions with a friend at work (Joey) who’s from Ottawa, he’s been good enough to supply me every so often with a few bagels his parents bring to Seattle from the “old country”. (Last time he came to my office as if holding an organ ready for transplant with the clock counting down. Bagels are important!) They came from the Ottawa Bagel Shop and Deli.

Joey claims that the Ottawa bagel is a “total rip-off of the Montreal Bagel” and that these bagels are the closest he’s seen to Montreal bagels” – an assertion backed up on their website where they talk about being from Montreal. According to Joey, St. Viateur’s are apparently the best Montreal has to offer.

For the purposes of this assessment I’m assuming that Ottawa and Montreal bagels are essentially the same. They’re diminutive like the Toronto bagels, but they have bigger centers whereas the Gryfe’s bagels close in more. (Both are dwarfed by the Manhattan monstrosities we got at Ess-a-Bagel.) But the difference in appearance is not the main factor.

Most recently I got six of these Ottawa bagels – all sesame. In Jerusalem, you can buy these things that the Israeli’s call “baygeleh” from Arab peddlers standing on the street in various parts of the city. (I always got mine at Jaffa gate outside the old city). They are like someone rolled out the dough for a four bagels and made one huge hoop instead of four small rings. They are no thicker than a typical bagel (maybe even a little smaller, but they are much much longer and end up hanging on pegs and settling in a lopsided oval shape. Most importantly, almost every square millimeter of them are covered with sesame seeds. The dough itself is strangely devoid of flavor. But the incredible roasted sesame flavor is the star. The texture is also a touch crispy on the outside and chewy yummy on the inside. I haven’t eaten one of these in at least four or five years and I can still smell and taste exactly what they’re like. That’s the kind of impression they make on someone.

Now, imagine these same “baygeleh” in the size of a bagel with all the great sesame goodness, but a flavorful bagel dough. That’s the Ottawa bagels I’ve been getting every so often. Frankly? They’re delicious. They may stand up even better to freezing and transport than the Gryfe’s. To be fair, I haven’t eaten these fresh, but they were very very good. Again, better than anything I’ve had in the United States, ever.

So, here’s the question: how do you get these bagels unless you live there (or have friends and family who are willing to deliver)? My approach has been to try making them myself. Since I’ve only (relatively) recently been introduced to the Ottawa bagels, I decided to tackle recreating Gryfe’s Toronto bagels, and still my choice for the best bagels on the planet.

A la America’s Test Kitchen, across several sessions (often with my brother-in-law Gil) I tried experimenting with different bagel recipes. We started by scouring every cookbook I have as well as the web for bagel recipes. On the web I tried to focus on recipes that purported to result in authentic Canadian bagels. (This is where I first saw the heated battle between residents of Toronto and Montreal about their bagel supremacy.)

We ended up with about a dozen different recipes which were then analyzed for ingredients, quantities, and methodologies. Those recipes that were almost identical were treated as one. We were really hunting for core schisms in techniques that could lead to such a wide array of bagel possibilities. Recipes that claimed to make “real New York bagels” were set aside as we weren’t interested in making New York bagels.

As mentioned earlier I grilled my father for secrets from his youth hanging out at Gryfe’s. He thought he remembered that they used to make the dough, let it sit in the fridge all night, and then boil and bake first thing in the morning. In some of our early experiments I tried this to less than successful results. Either my father’s memory was faulty or I misapplied the technique. I think it was the latter. I’ve heard of other people doing this since, so it bears further investigation.

Ultimately we ended up trying variations and combinations on a few different recipes. For example, we liked the texture in one recipe, the flavor in another, and so forth. One recipe was for “Montreal Bagels” adapted from A Treasury of Jewish Holiday Baking by Marcy Goldman, and another from the Canadian Living Test Kitchen. I’ve been experimenting mainly with different quantities of sugar as well as ratios of flour to yeast to water. I might say at this point that the recipe is a work in progress, but in this endeavor, the reward may be the journey. Will I ever think I’ve hit perfection? Will there always be a slight enhancement and adjustment to try? Whether we’re on the journey or have reached the destination this recipe makes some delicious bagels right at home that in my mind are better than any you can buy in the United States. I’ll continue to update and tweak the recipe as I experiment over time, but this is a good snapshot of where I’m at right now. I promise, you won’t be disappointed. 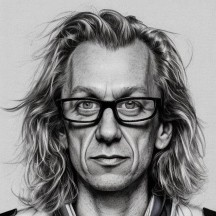