Despite or maybe because of having grown up on a steady diet of the classic Batman television series — why can’t I pick Julie Newmar AND Eartha Kitt — I crave realism in my superhero stories. Frank Miller’s Dark Knight comic books, and Christopher Nolan’s Batman movies are obvious and great examples of what I’m looking for. My favorite superhero movie? Unbreakable. I want to know what would really happen, in this world, right now, if there were superheroes. Add in the excitement of kids running around the neighborhood on awesome adventures from movies like The Goonies, and E.T. and you’ve got a good sense of all the different sources of inspiration for these books.

I suppose it’s ironic that the one hero I always pretended to be as a child was Batman who has no super powers at all. That said, the idea that superpowers would manifest themselves in the real world exclusively among children has always been a powerful one for me. And in 2012 I decided to tell that story and create the world that I always craved. 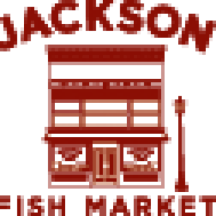 (This post was originally published on tastingmenu.com. It was the first ever blog post nominated for a James Beard Food Award for …